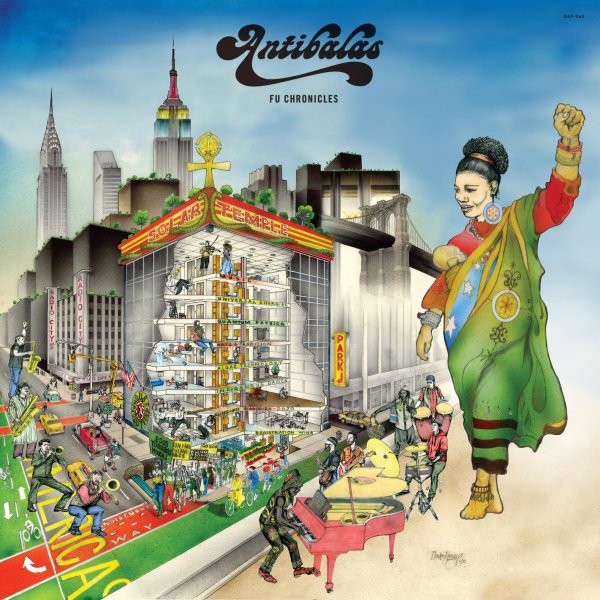 Antibalas take a page from the Wu-Tang book, and add a little kung fu action to their music – with results that maybe make this set one of their freshest in years! All the core energy of the group is very firmly in place – that razor-sharp instrumentation that's made these guys one of the best funky groups on the planet for over 20 years, and which also still makes Antibalas head and shoulders above some of the groups that sprung up in their wake – and this time around, the lyrical themes are nicely expanded, so that the vocals have as much dynamic energy as the horns and Afro Funk percussion – almost with this narrative approach that furthers the message in the music. Titles include "Lai Lai", "Fight Am Finish", "Koto", "Amenawon", and "Mttt (parts 1 & 2)".  © 1996-2022, Dusty Groove, Inc.

Lila
Daptone, 2021. New Copy
LP...$16.99 19.99 (LP...$18.99, CD...$12.99)
A fantastic little record – served up by a group of Moroccan musicians working in New York, where they've clearly found a way to expand their sound nicely from their roots! As you might guess from their name, Innov Gnawa are proponents of the hypnotic grooves you'd find in Moroccan gnawa ... LP, Vinyl record album