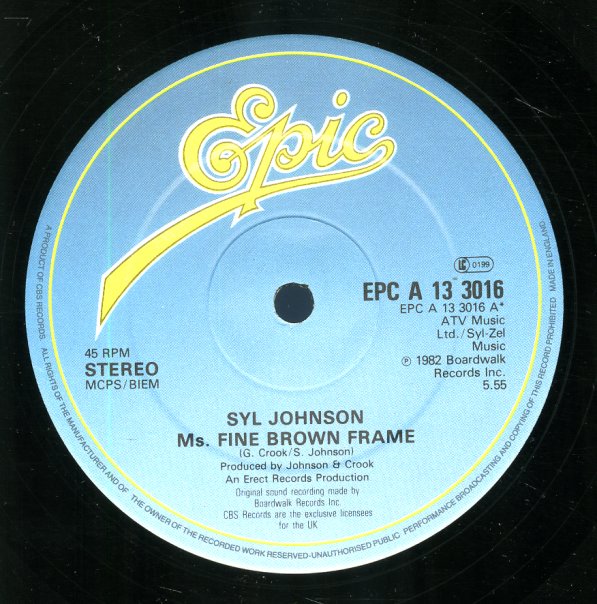 Syl's last big record – a sweet bluesy groover for the clubs, with a bit of an older feel to it. "Ms Fine Brown Frame" was written with General Crook, who also produced and arranged. Backing on all tracks is by the James Cotton group.  © 1996-2020, Dusty Groove, Inc.
(In an Epic sleeve.)