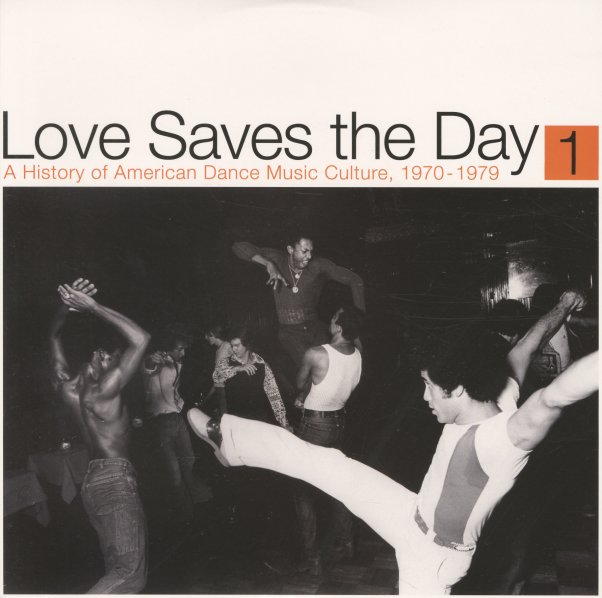 A great little collection of unusual grooves – put together by author/dancefloor historian Tim Lawrence, and very much in the same spirit as his groundbreaking book of the same title! As with some of Lawrence's best work, the collection goes way past the obvious, and starts the clock at a time long before the disco years – really showing the variety of unusual rhythmic contributions that were bubbling under before breaking into the mainstream. Titles on the 2CD set include "Hum Along & Dance (uncut version)" by Jackson 5, "Land Of Make Believe" by Chuck Mangione, "Dibwe Diambula Kabanda" by Les Troubadours Du Roi Baudouin, "Give It Up Or Turnit A Loose" by James Brown, "It's Time To Go Now" by Gladys Knight & The Pips, "We All Need Love (12" version)" by Domenic Troiano, "Don't Knock My Love (parts 1 & 2)" by Wilson Pickett, "Welcome To The Club" by Blue Magic, "Above & Beyond (12" version)" by Edgar Winter, "New York City" by Miroslav Vitous, "Fancy Dancer (12" version)" by Twennynine with Lenny White, "Brother's Gonna Work It Out" by Willie Hutch, "Leaving This Planet" by Charles Earland, "Prophecy" by Margie Joseph, "I Can't Fight Your Love" by The Modulations, and "If You Want To Try Love Again Remember Me" by Laura Lee".  © 1996-2021, Dusty Groove, Inc.

Gold Digging – As Sampled By Mary J Blige
Harmless (UK), 1960s/1970s. New Copy
CD...$4.99 18.99
A batch of both tender and moodier funky soul from the 70s and into the 80s – massive tunes that serve as the soulful samples and ideal covers for the Queen Of Hip Hop Soul! Mary's groove has changed over the years and the choice of samples and tracks to cover are even more varied – ... CD