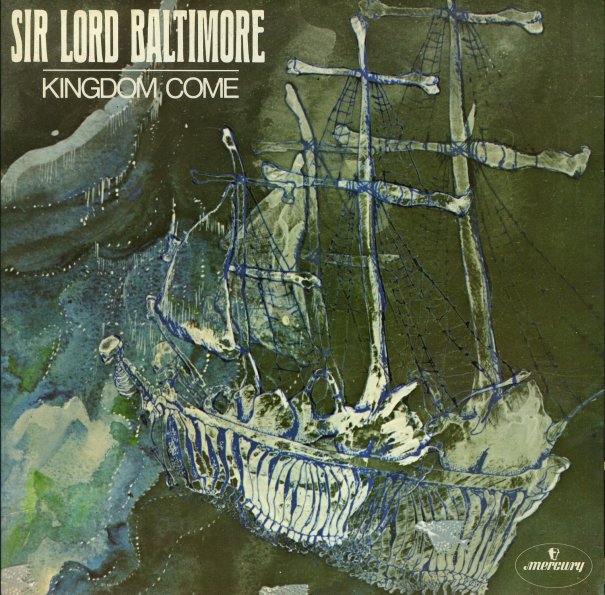 Sir Lord Baltimore may have a British-sounding name – but the group are a trio from Brooklyn, and serve up a blistering pre-metal version of hard rock that maybe blows away some of their English contemporaries at the time! There's a tremendous amount of power going on here – heavy bass from Gary Justin, searing guitars from Louis Dampier, and monstrous drums from John Garner, who somehow manages to also give out these raw, eerie vocals while also completely destroying the drum kit – all with energy that really prefaces a metal generation to come – but with a stripped-down vibe that's completely free of hoke. Titles include "Master Headache", "Helium Head", "Pumped Up", "Kingdom Come", "Hell Hound", "I Got A Woman", "Lake Isle Of Innisfree", and "Ain't Got Hung On You".  © 1996-2021, Dusty Groove, Inc.