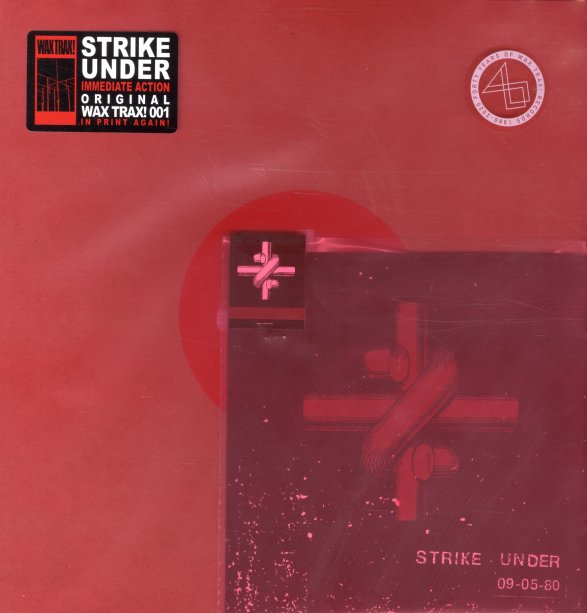 An incredible record from the Chicago scene – the rare first-ever record on Wax Trax, and a lost punk nugget that's very different than anything else the label would ever release! Strike Under never made the scene as big as some of their contemporaries, but they really knocked it out of the park with this record – setting up that legacy of sharp, tuneful punk rock that The Effigies, Naked Raygun, and other Chicago groups would carry forward – served up here with the effortless punch of an early record on Dischord! Titles include "Closing In", "Sunday Night Disorientation", "Context", "Immediate Action", and "Elephant's Graveyard".  © 1996-2021, Dusty Groove, Inc.
(Limited, numbered red vinyl pressing – with bonus 7 inch single with "One Eye" and "DamagedGoods" – in special sleeve with insert and matchbook too!)