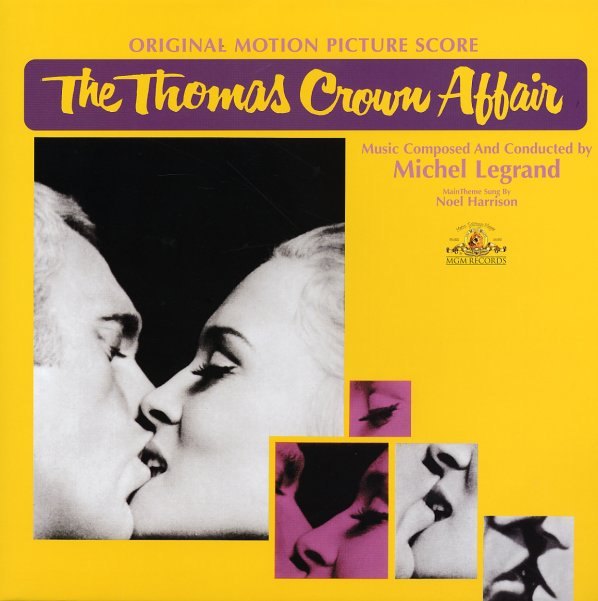 One of the greatest soundtracks of the 60s – and a crowning moment of international fame for French composer Michel Legrand! Legrand already had plenty of records under his belt by the time he scored this great film – a heist movie with Steve McQueen and Faye Dunaway – and he brings all that experience to bear in his music here – with sounds that run from jazzy groovers to bossa instrumentals to a few vocal numbers that are completely sublime, and which show his music works equally well in English as it does in French! Noel Harrison sings the landmark "Windmills Of Your Mind", and Legrand himself sings on the killer "His Eyes Her Eyes" – both of which get instrumental versions as well – and other instrumental tracks include "The Chess Game", "Playing The Field", "The Boston Wrangler", "Doubting Thomas", "The Crowning Touch", and "Room Service".  © 1996-2020, Dusty Groove, Inc.
(Cover has some wear and staining.)