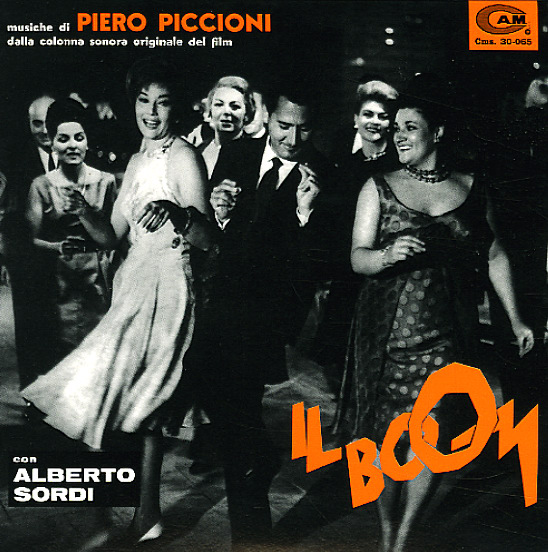 Beautiful soundtrack work from Piero Piccioni – an early score, but filled with the kind of weird, offbeat sounds that have always made him a genius! There's a bit of a link here – between earlier Italian scoring, ala Nino Rota, and some of the later, modder sounds of Piccioni's late 60s generation – a really cool blend that comes through in the way the horns play with the rhythms, and the organ has a strange, almost outer-space sort of quality! One number has a cool batucada feel, and the whole thing's got a brilliant Italian cinematic quality – a true under-discovered gem from the great Piccioni. Titles include "Big Ben Boom", "Samba Della Ruota", "Nuovo Spleen Economico", "Organ Grinders Boom", and "Calypso Transistor".  © 1996-2021, Dusty Groove, Inc.