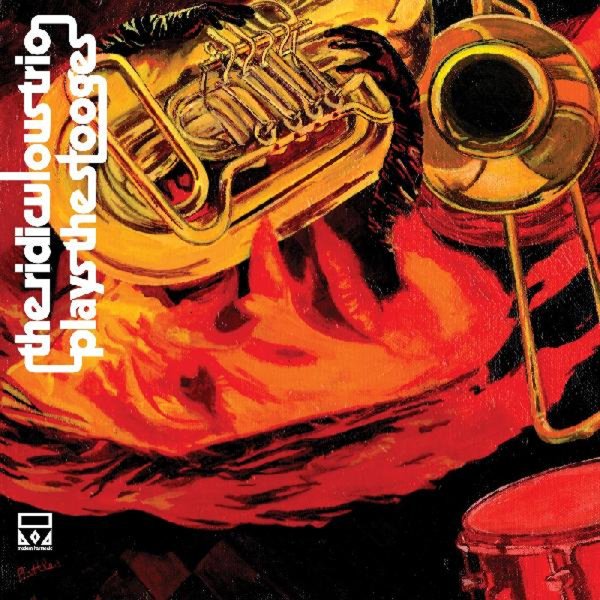 The cover looks a lot like the front of the legendary Funhouse album by The Stooges – and that comparison is there for a reason – as this crazy instrumental trio serve up some really wild versions of their music! The instrumentation is spare – just heavy drums, trombone, and tuba – instruments used in a way that's surprisingly different than any sort of brass band modes – leaner, and even more on the rhythm – with some odd sort of fuzz in there somewhere that we can't place at all, but which definitely helps bring about a classic Stooges mode – as does some of the vocal phrasing through one of the horns – not singing, mind you, but this weird sort of replacement! Titles include "I Wanna Be Your Dog", "TV Eye", "No Fun", "Down On The Street", "Scene Of The Crime/Death Trip", "Not Right", and "We Will Fall".  © 1996-2020, Dusty Groove, Inc.
(Pressed on opaque yellow vinyl!)