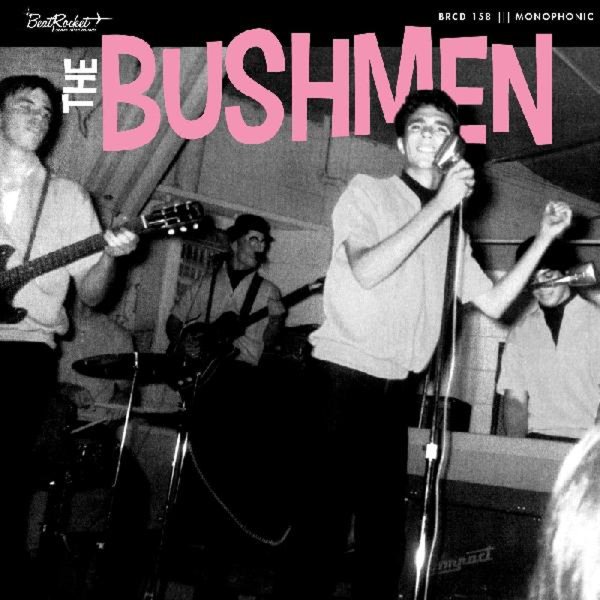 Great garagey work from The Bushmen – a mid 60s combo from Fresno, CA – and one who reveled in the best gritty modes of the time! The vocals are stark, the rhythms are too, and there's some great swirling organ lines in there amidst all the guitar – a garage/psych blend at times, or more proto-punk at others – especially given the way that lead singer Roger Pollack has a punk-like ability to trade tunefulness for sheer raw power when he's putting over a tune! The group burned brightly, and definitely to strong to sustain – as the 9 tracks here are the only recorded evidence of their existence – titles that include "You Can't Sit Down", "Long Green", "Just Like Me", "Down Home Girl", "You Really Got Me", "The Last Time", and "Hitch Hike".  © 1996-2021, Dusty Groove, Inc.