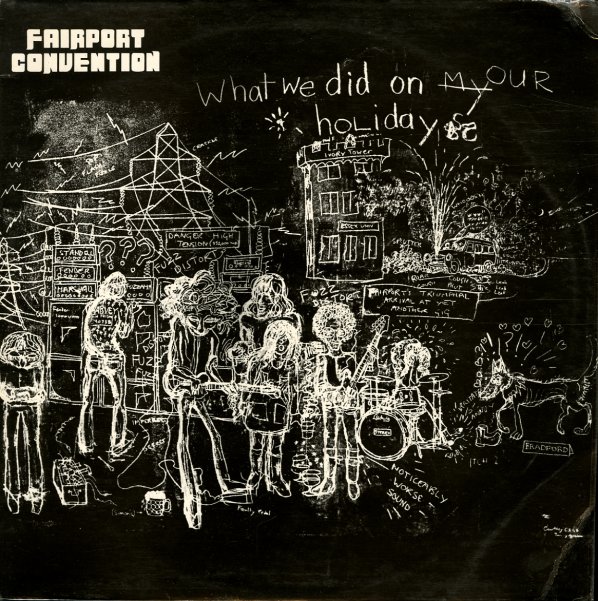 What We Did On Our Holidays

A pivotal album from Fairport Convention – hardly the "holiday" you might expect from the title, and instead a set that has the group really reaching out for some new ideas and styles in their music! Sandy Denny is firmly in place here – taking the lead on most numbers – but Ian Matthews is also still in the group, bringing in that bit of west coast style that we loved from the first record – and which keeps the overall feel here more 60s than ancient, especially given the upped electrics on a few numbers. Ashley Hutchings' bass is brilliant – almost more this subtle, sonic force at the bottom than an instrument on its own – yet also still away from the more modal elements to come on the next few records. And although there's less traditional tunes on here than later, the group themselves are already becoming timeless – and unlike anything that had ever come before. Titles include "Fotheringay", "Mr Lacey", "Book Song", "I'll Keep It With Mine", "End Of A Holiday", "She Moves Through The Fair", and "Eastern Rain".  © 1996-2022, Dusty Groove, Inc.