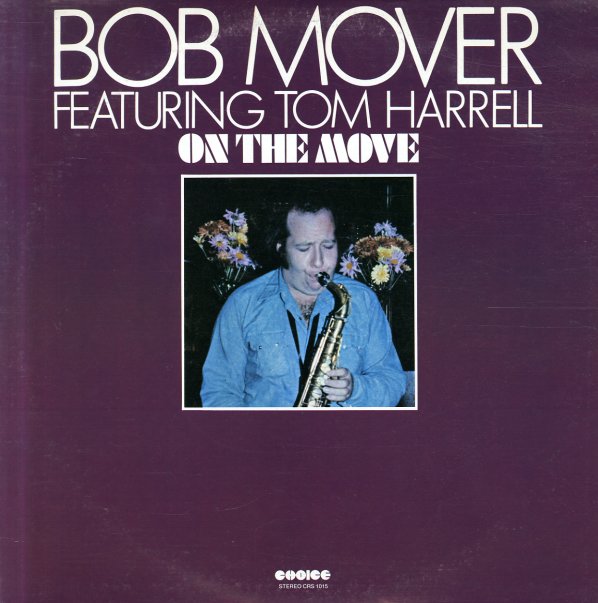 On The Move (with bonus tracks)

One of the coolest early albums we've ever heard from saxophonist Bob Mover – a set that not only features some very sharp solos and songs from the leader, but which also has a whole hell of a lot of other great things going on too! The tracks are long, and maybe more creative than usual for Mover – and in addition to alto and soprano from the leader, the group also features Tom Harrell on trumpet, Mike Nock on piano, Peter Sprague on guitar, and Jay Clayton on a bit of vocals – each contributing unusual colors and inflections to the music, and making the whole thing crackle with a heck of a lot more energy and excitement than you might guess from the somewhat staid cover. The group also features George Mraz on bass and Jeff Papez on drums – and titles include "Saudade Do Brooklyn", "Muggawump", "Darn That Dream", and "Falsidade". CD features bonus tracks "Milestones" and "Dancing In The Dark".  © 1996-2020, Dusty Groove, Inc.