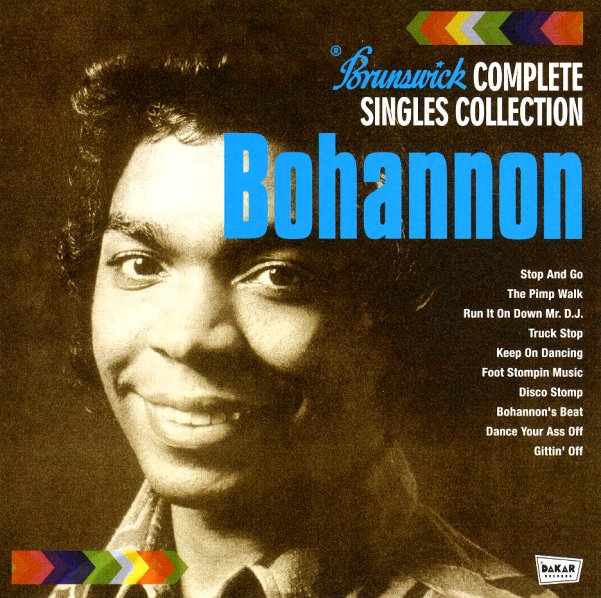 Killer cuts from the legendary Hamilton Bohannon – an artist who first broke big on the Brunswick label with a really unique approach to a groove! Bohannon's cuts were always funky, but never straight funk – and instead, he had this minimalist way of layering together elements that was definitely a huge influence on later disco and club – but heard here in a style that's much more raw and down to earth! The package offers up 23 tracks that come from 45s that Bohannon did for the Brunswick label – some of which have different mixes, and all of which are razor-sharp groovers that are sure to please any fan of funk. Titles include "Run It On Down Mr DJ (parts 1 & 2)", "Come Winter", "Happy Feeling", "Gittin Off", "Have A Good Day", "Bohannon's Beat", "East Coast Groove", "The Fat Man", "Red Bone", "Truck Stop", "Stop & Go", "Save Their Souls", and "The Pimp Walk".  © 1996-2020, Dusty Groove, Inc.