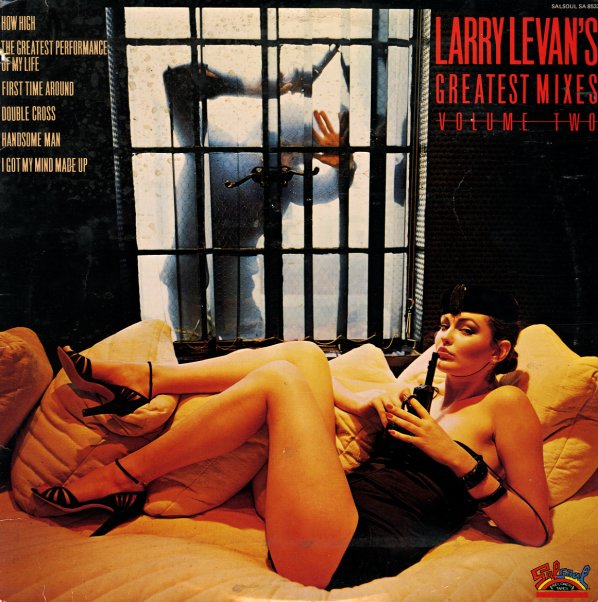 Classic cuts from the great Salsoul Records, all remixed by the legendary Larry Levan – guru of the Paradise Garage scene, and a key bridge in the shift from disco to house in the 80s! Levan's mixes seem to have a bit more bottom than the originals – and a nice sense of space that really highlights all the best elements in the music. This massive 2CD package features the core 5 tracks from the original album, plus 14 more gems all remixed by Levan – a batch of titles that includes "I Got My Mind Made Up" by Instant Funk, "Double Cross" by First Choice, "First Time Around" by Skyy, "The Greatest Performance Of My Life" by Loleatta Holloway, "Handsome Man" by Sparkle, "How High" by Salsoul Orchestra, "It's Just Begun" by Jimmy Castor, "I Know You Will (rmx)" by Logg, "When I Come Home" by Aurra, "Skyyzoo" by Skyy, "Bodyshine (unreleased version)" by Instant Funk, "Summertime Lovin" by Steve Arrington, "Make It Last Forever (unreleased version)" by Inner Life, "By The Way You Dance (unreleased version)" by Bunny Sigler, and "Slap Slap Lickedy Slap" by Instant Funk.  © 1996-2021, Dusty Groove, Inc.
(Part of the Salsoul Records Original Master Collecion!)

Instant Funk (with bonus tracks)
Salsoul/Octave (Japan), 1979. New Copy
CD...$22.99
Maybe the third great Philly studio group of the 70s – after MFSB and Salsoul Orchestra – a killer combo who provided backing grooves to plenty of great club tracks over the years – and who step out strongly here on their own debut album! Bunny Sigler helps give the album a sharp ... CD