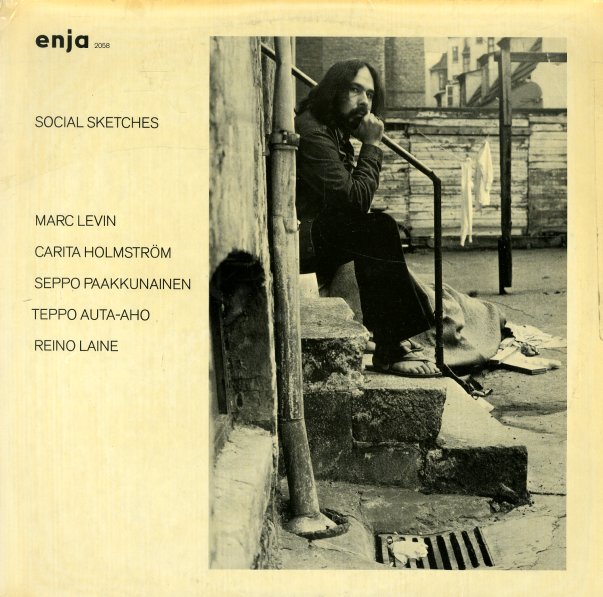 Marc Levin is maybe best known for one famous album of avant jazz recorded for the Savoy label in the 60s – but he's equally stunning here in a mid 70s set that got little circulation at the time, but which is a key part of Levin's under-recorded legacy as a leader! The approach is very open and creative, but balanced with that mixture of structure and freedom that Levin's other album shares – almost 60s "new thing" modes, expressed during the 70s loft generation – on long tracks that feature some really stunning shifts in sounds, styles, and instrumental elements! Levin blows cornet, flugelhorn, flute, mellophone, and melodica – and the group also features Seppo Paakkunanine on baritone, flute, and viola – plus Reino Laine on drums, Teppo Auta Aho on bass, and Carita Holmstrom on voice – a singer who makes some especially strong contributions to the record, in a way that maybe echoes some of the Sheila Jordan/Roswell Rudd collaborations. The tunes are fantastic, every bit as striking as their titles – which include "Nylon Coverin Body Smotherin", "Brothers In War", "Letter To President Nixon Re The Chile Affair", and "Student Days New York 1965".  © 1996-2021, Dusty Groove, Inc.
(Part of the "Enja – Real Jazz Classics" series!)