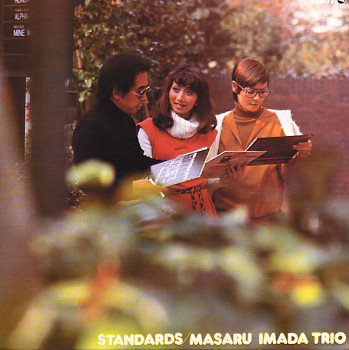 The tunes are standards, but they're played with a great sense of personality by Japanese pianist Masaru Imada – ringing out with great sound and a strong focus, and recorded in that beautiful mode that was used heavily with Japanese trios in the 70s. The style is often fluid, but measured by a nice pulse on the keys – a bit in an Oscar Peterson mode, but far less heavy with cliche – and often snapping out with a fresh sense of rediscovery in some of these tunes. Members of the trio include Ken Suzuki on bass and Hironobu Fujisawa on drums – and titles include "I Can't Get Started", "Softly As In A Morning Sunrise", "Falling In Love With Love", "Days Of Wine & Roses", "What's New", and "It Could Happen To You".  © 1996-2021, Dusty Groove, Inc.
(Part of the Three Blind Mice Supreme Collection!)