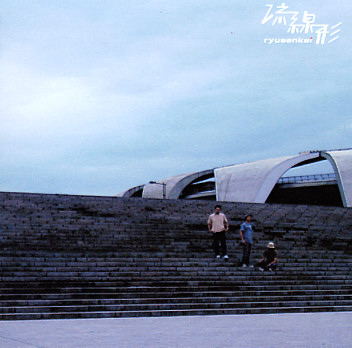 A really wonderful bit of Japanese soul – one of the jazziest and most laidback records we've heard from the Japanese scene in years! Ryusenkei are a combo with a female lead vocalist and supporting instrumentation in a real 70s-styled blend of keyboards, guitar, and percussion – all touched with a bit of strings. The overall sound really takes us back to the best indie soul of the late acid jazz years – that rare point in the mid 90s when only a few records ever caught our ears as being worthy of the kind of soul we'd liked from years back, and even then most of them were from overseas sources like this one! The lyrics are all in Japanese, but that shouldn't bother you at all because the overall sound is totally great – a mix of smooth funk and sweet R&B, done at a level that almost recalls some of the best work from the British scene from more than a decade ago. Titles include "Tokyo Coaster", "Airport 80", "Friday Nite", "Don't Stop Feeling Loving You", and "Route No 3 Shibuya".  © 1996-2021, Dusty Groove, Inc.
(Beautiful presentation – package handled by Production Dessinee!)