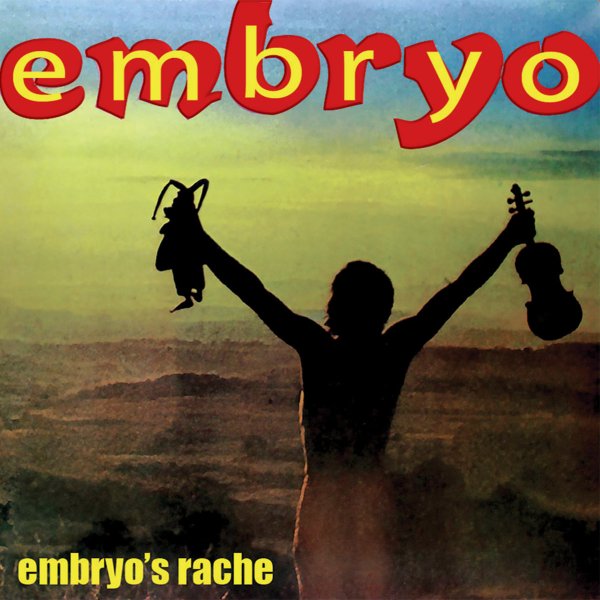 Early prog jazz genius from the mighty Embryo – and an album that perfectly fuses their love of world rhythms and electric jamming grooves – at a level that made them one of the coolest groups on the European scene at the time! Core work here is by a trio – and the percussion by Edgar Hofmann ranges from playful to hypnotic – with heavy drums and basslines crafting some incredible rhythms that spin out strongly – sometimes jamming, sometimes a bit looser – and often topped with great work on flute by Hansi Fischer, and this ultra-cool Leslie piano played by Christian Burchard – which has a nice fuzzy sound. The album's got lots of other sweet organ and mellotron lines – and Hofmann also plays soprano sax and violin as well – on titles that include "Tausendfussler", "Time", "Revenge", "Espagna Si Franco Finished", "Try To Be", and "Change".  © 1996-2021, Dusty Groove, Inc.

Exit 1971
678 Records (Netherlands), 1971. New Copy 2LP
LP...$34.99 39.99
Never-issued work from this legendary fusion group – a 1971 live performance recorded in Rotterdam, and a set of tracks that's a perfect complement to the legendary Nucleus albums issued by Vertigo at the time! Leader Ian Carr is upfront on trumpet – but as with the best Nucleus ... LP, Vinyl record album

Babs Robert & The Love Planet (180 gram pressing)
Alpha/SeriE.WOC (Italy), 1970. New Copy (reissue)
LP...$44.99 49.99
Qui est Babs Robert? Turns out he's a hell of a saxophonist from the Belgian scene at the start of the 70s – an amazingly soulful player who's got just the right sort of spiritual vibe to live up to the image on the cover! Babs plays alto, tenor, and even a bit of electric tenor too – ... LP, Vinyl record album