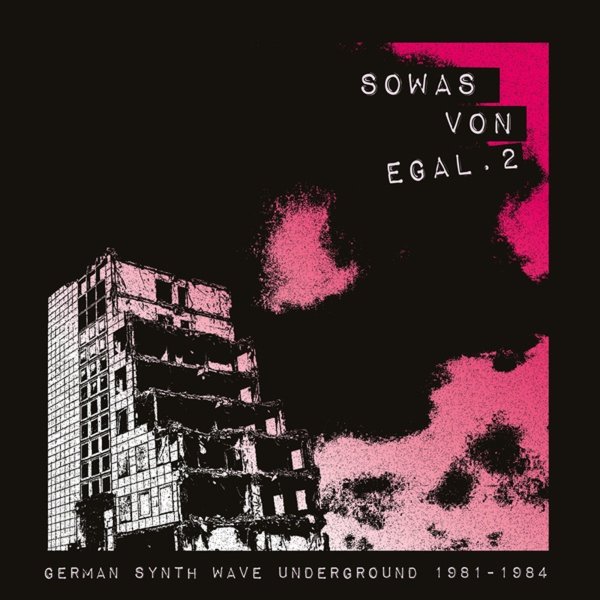 A really fantastic look at the German underground of the post-punk years – served up by a label who knows the territory more than anyone else! For over a decade, Bureau B have done a great job of taking us back to the hippest German work of the 70s and 80s – particularly the more electronic side of the spectrum – and for this sweet little set, they dig even deeper – offering up work by a number of artists who would never see a full length reissue, with cuts from rare singles and tapes – awash in raw basslines, beats, and keyboards! The vibe is very cold wave, but with some nice post-punk moments too – on titles that include "Mir Geht Es Danke Gut" by Plastiktanz, "Steig Den Luis Trenker" by 4712, "Name Und Distanz" by Christian Kneisel, "Tanz Ins Gluck" by Die Neue Weltmacht, "Alles Oder Nichts" by Mark Montan, "Warum Mussen Autos Fahren" by Partner Eins, "Fred Der Ritter" by Vono, "New Wave" by Rolf Jungklaus, and "Sage Nichts" by Casino Mariteam.  © 1996-2021, Dusty Groove, Inc.

Trans-Europe Express (colored vinyl pressing)
Atlantic, 1977. New Copy (reissue)
LP...$21.99 23.99 (CD)
An incredibly lovely record from Kraftwerk – fashioned along the same suite-like style as Radio Activity, and served up with some haunting and charming tunes throughout! The electronics are quite spare, yet very thoughtful – never a note out of place, as the quartet build their careful ... LP, Vinyl record album