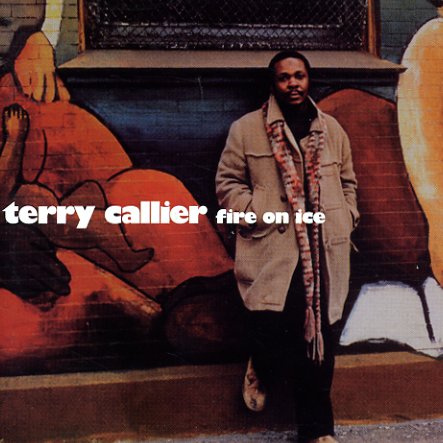 One of the great albums from Terry Callier's "second chapter" on record – a time when he was working for Elektra Records, and doing work that was a bit straighter soul than before – and also slightly jazzy as well! The record's kind of a mix of jazzy grooves and smoother soul – typical for the fusion division of Elektra at the time, where Callier's hard-to-peg work was relegated. There's some really great songs on the record – and although the arrangements sometimes lack the sensitivity of the Cadet scorings of earlier years, they're still pretty great from a modern soul perspective. Richard Evans is producing and arranging the session, and Terry's still got help from a lot of Chicago friends like Minnie Riperton, Eddie Harris, and Phil Upchurch – all of whom help to keep the album relatively strong. Titles include some really nice originals, like "African Violet" and "Butterfly", both of which are some of Terry's best compositions from the time – plus "Love Two Love", "Martin St Martin", "Street Fever", and "Be A Believer".  © 1996-2021, Dusty Groove, Inc.

What Color Is Love
Cadet/Verve, 1973. New Copy
CD...$9.99 11.98 (LP...$22.99)
Possibly the greatest album ever by the legendary Chicago soul singer Terry Callier! Terry's rich mellow voice is mixed with superb arrangements from the Cadet studio team, with Charles Stepney at the head, and the result is completely sublime. The songs are longer than on earlier albums – ... CD

Genie (plus bonus tracks)
Elektra/PTG (Netherlands), 1985. New Copy
CD...$11.99
The last true classic from the masters of the 80s groove genre – a post-Capitol effort for Elektra, but one that's still awash in great keyboards and snapping electro beats! Some of the jazzier sound from the past is gone here, but in its place is a leaner, cleaner sound that's still a fair ... CD