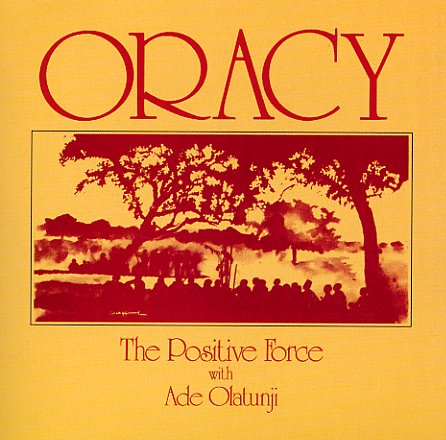 One of the most righteous soul jazz albums of the 70s – a unique session of poetry, percussion, and jazz – put together by the ultra-hip Positive Force! Not to be confused with the soul group of the same name, this combo was a spiritual jazz ensemble – featuring poet Ade Olatunji reciting some of his works, plus additional percussion, piano, bass, and keyboards. The tracks unfold with a simple, easy-going approach that's really beautiful – redemptive, hopeful, and free-thinking – with a great vision for the future, and a keen ear to challenge the status quo. Titles include "The Afrikan In Winter", "Beautiful Flower", "Praise Song", "Guerilla Warfare", and "Poem For My Lady".  © 1996-2021, Dusty Groove, Inc.