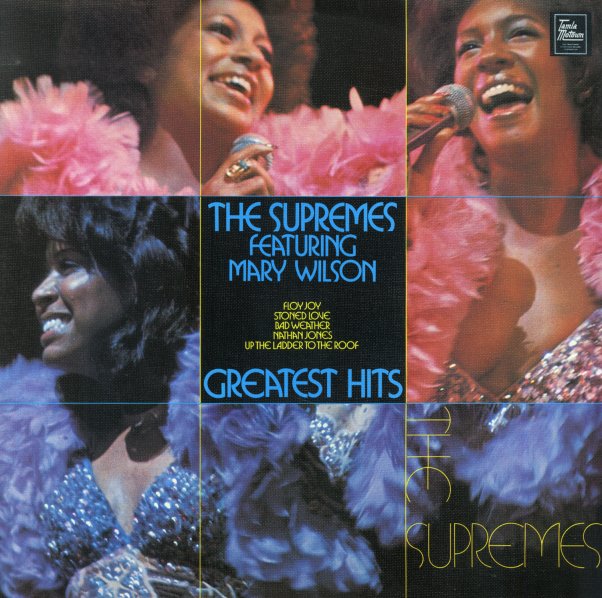 (70s black label pressing in a textured cover, with a small mark from price sticker removal.)

Supremes Sing Holland Dozier Holland
Motown, 1966. Very Good-
LP...$9.99
One of the best-ever albums by the Supremes – and filled with stone classics, to boot! As the title states, Diana Ross, Mary Wilson and Florence Ballard team up with Holland Dozier Holland – and they really to create the sound that would put them and Motown on the map. A couple of ... LP, Vinyl record album

Supremes Sing Rodgers & Hart
Motown, 1967. Very Good+
LP...$6.99
Classier than usual for the girls – as they move over to Broadway for a set of tracks penned by the Rodgers & Hart team, done up in a smooth Motown style that was probably designed to crossover, but which did so less than some of their straighter soul work. Still, even though the idea's ... LP, Vinyl record album

I Hear A Symphony
Motown, 1966. Very Good+
LP...$11.99
Symphonic soul from The Supremes – a set that still has the trio working with the legendary Holland-Dozier-Holland team, but with a full set of orchestral backings that help them hit even more class and sophistication than before! The ballads have these really lush arrangements – never ... LP, Vinyl record album