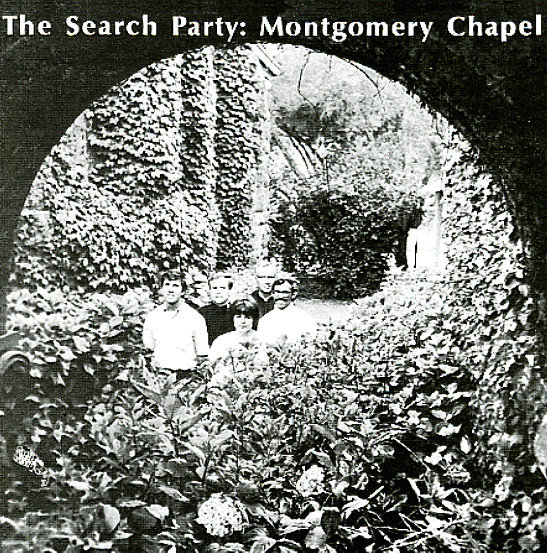 Two incredibly groovy records that will completely redefine your expectations for religious music – both put together by the Rev Nick Freund! Montgomery Chapel is an incredibly dark album that's way more acid folk than anything else – recorded by a group named The Search Party, and served up with spare acoustic guitar, trippy electric, and this etherel organ that really makes the whole thing feel like an acid trip right from the start – as do the lyrics, which are often sung by a female singer who sounds like Grace Slick really trying to push even farther past the darkness of "White Rabbit"! A few tunes are upbeat, but most are very slow and sad – almost Wicker Man in mood – with titles that include "The News Is You", "All But This", "Renee Child", "Speak To Me", "When He Calls", and "The Decidedly Short Epic Of Mr Alvira". The second album is titled after a creepy line from the Bible – Each One Heard In His Own Language About The Marvels Of God – quoted later by Aphrodite's Child on their 666 album, and presented here at the start of the record by the St Pius X Seminary Choir, in ways that oddly have the same sort of eerie undercurrents! The set's more of a straight vocal affair, but with plenty of folksy undertones – and there's also an undeniable sense of darkness that completely undercuts any brighter spirit of faith. Titles include "Who is This Man", "Get Together", "Come Children Hear Me", and "Mass For The Secular City". 2CD set features great notes, in the usual Lion style – plus a dozen more bonus tracks too!  © 1996-2021, Dusty Groove, Inc.
(Out of print.)

There Is A Universe (with bonus tracks)
Lion, 1975. Used
CD...$11.99
A very groovy record from a very unique band – a homegrown set by an obscure Pennsylvania combo from the 70s – a group who were equally schooled in jazz fusion and progressive rock! Probe 10 are a rock group at their core, but they've also drank heavily from the brew of 70s Mahavishnu ... CD

Negatif
Virgin (France), 2003. Used 2CD
CD...$6.99
Brilliant work from one of the most exciting talents in French music of the past decade – the amazing Benjamin Biolay, a singer with a sound that's steeped in the traditions of Serge Gainsbourg, and a producer with a style that brings together countless classic French pop elements! This 2CD ... CD