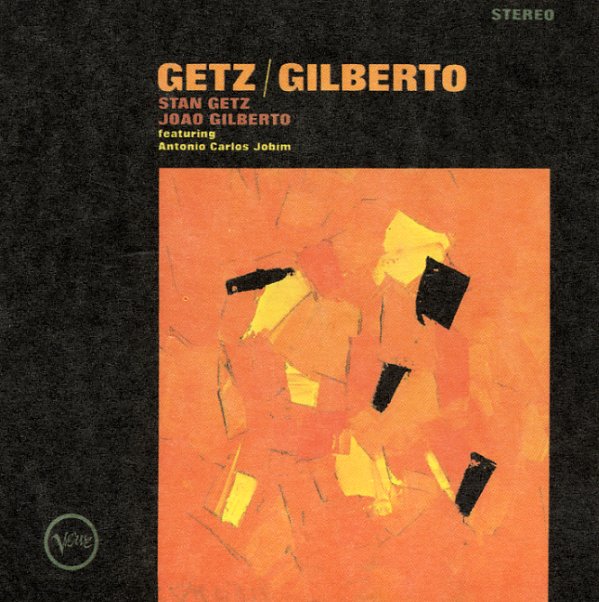 A landmark record – both in 60s jazz and bossa nova – and a set that not only bridged worlds of music, but set the tone for so many other albums to come! By the time of this 1964 set, Stan Getz had already issued a few bossa nova experiments on Verve – but this pairing with guitarist Joao Gilberto really pushed the format over the top – thanks in part to the vocals of Gilberto's lovely wife Astrud, who'd never sung in the studio before this famous recording! The record created a sound that was copied endlessly, and which catapulted Astrud to unbelievable fame worldwide – even though she was only included in the session at the last minute, because Joao couldn't sing in English – and the mix of Stan's tenor and Joao's guitar is wonderful – and backed throughout by this light, lilting bossa nova rhythms. Titles include the classic recording of "Girl From Ipanema", plus loads of other bossa classics like "Desafinado", "Cocovado", "O Grande Amor", and "Vivo Sonhando".  © 1996-2021, Dusty Groove, Inc.
(A beautiful pressing – part of the Acoustic Sounds series! Remastered 180 gram pressing – with tip-on sleeve.)