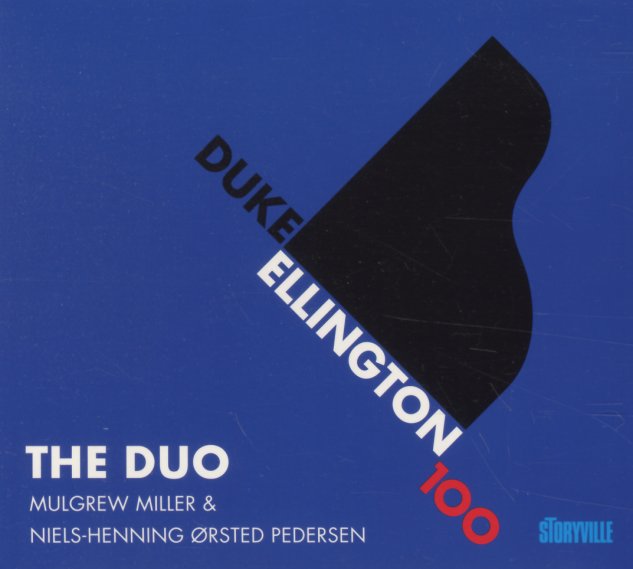 The music of Duke Ellington was famously scored for his orchestra – but the material also provides a surprisingly great showcase for the talents of a smaller unit, too – especially when in the hands of a duo like this! Mulgrew Miller plays piano and Niels Henning Orsted Pedersen plays bass – and the intimacy of the album reminds us of some of the best-recorded Pablo sessions of the 70s – particularly those that sought to re-work classic territory in a more contemporary vibe – which Miller definitely does with his superbly fluid touch on the keys! Pedersen is great, too – very well placed in the mix, and working with that sort of tone and soundshaping that always made him one of the all-time greats on the continent. Titles include "Caravan", "Solitude", "Just Squeeze Me", "Come Sunday", and "Pitter Patter Panther" – plus the Miller original "Blues In The PMs".  © 1996-2021, Dusty Groove, Inc.

Long Journey Home
Ansonica, 2020. New Copy
CD...$6.99 14.99
Nice work from the Trans-Kalahari Quintet – a group that mostly resides in Botswana, but which also has a vibe that reminds us of South African jazz traditions from back in the 70s and 80s! The tunes all have a strong sense of flow – a rhythmic pulse that engages other southern African ... CD

Jens Sondergaard Quartet Plays The Brubeck/Desmond Songbook
Storyville (Denmark), 2020. New Copy
CD...$7.99 15.99
A really great take on the sound of the Dave Brubeck/Paul Desmond quartet of the 50s and 60s – that magical unit that really transformed the sound of jazz at the time, and continues to hold strong over the decades! The approach here, though, is also a nice change from Paul and Dave – ... CD