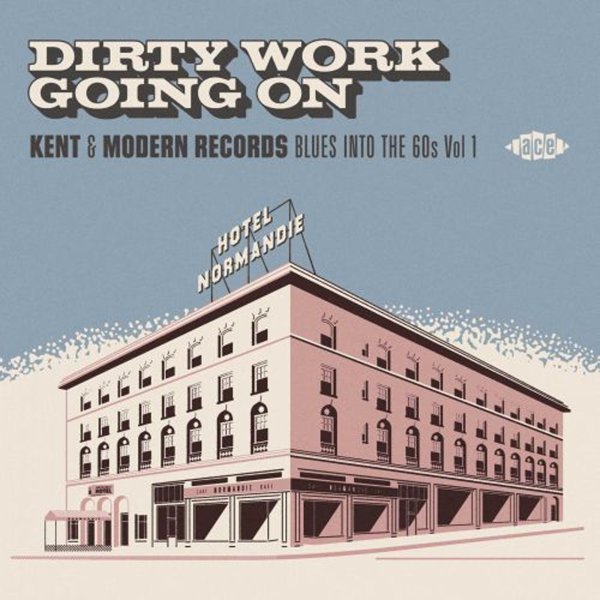 A huge collection of rare blues material from west coast powerhouse label Kent/Modern Records – a really important indie during the postwar R&B scene in LA, still going strong here well into the 60s! Modern was a real pioneer in recording electrified blues during the 50s – maybe every bit as important as Chess Records, with a roster of talent that drew from the Memphis and Texas scenes, and which also included blues musicians who'd migrated west as well! The Modern approach always lived up to its name – helping evolve rootsier styles into more sophisticated modes, often unlocking currents of jazz and nascent soul in the music – so that by the time of the 60s, the company (and its related Kent Records imprint) kept on moving things forward – recording so much amazing work, a good deal of it was never even issued on record at the time. That's definitely the case here – as the collection brings together a large number of tracks that either appear here for the first time ever, or which didn't make their debut until Japanese CD releases back in the 90s – brought together in a collection of 26 tracks with plenty of appeal for fans of raw soul too. Titles include "Blues In G Minor" by Big Jay McNeely, "Let Me Be Your Eagle Baby (take 1)" by King Solomon, "Go Ahead (take 1)" by Fillmore Slim, "Jimmy's Special" by Little Joe Blue, "Sweet Little Angel" by Larry Davis, "Jealous Woman" by T-Bone Walker, "On My Way Back Home (alt)" by Flash Terry, "Fast Gun Annie" by Billy Ray, "Consider Yourself (ext)" by Stacy Johnson, "Down Now (take 3)" by BB King, "New Figure" by King Solomon, and "One Thing We Know" by Flash Terry.  © 1996-2021, Dusty Groove, Inc.