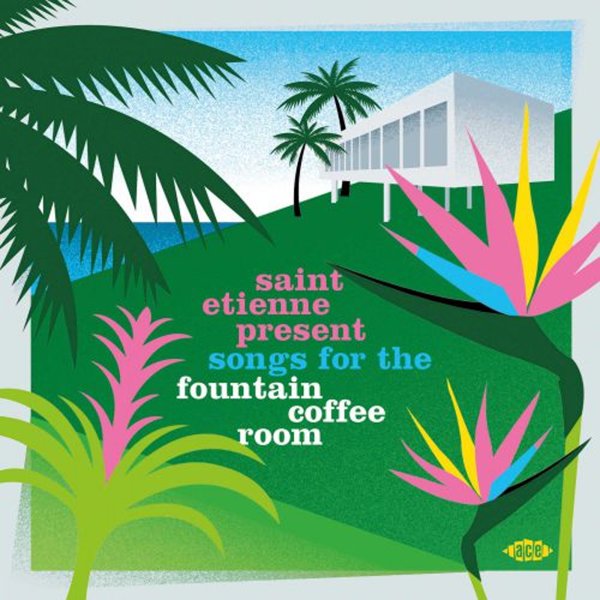 A warm and wonderful selection of tracks from the mid 70s – music that lies in the farther reaches of the world of AOR, but which is often much less chartbound, and mixed up here with a few rare soul tracks too! The set is part of an excellent series from Saint Etienne – compiled by Bob Stanley, Pete Wiggs, and Sarah Cracknell – and while previous versions have imagined a soundtrack for spaces of an older vintage, this set acts as the backdrop for an imagined lunch spot in 70s LA – as the notes say, "the kind of place where Warren Beatty and Julie Christie might meet in the afternoon for a secret rendezvous." As such, the collection is full of mellow, midtempo tunes that have a groove, but a gentle one – the kind of tracks that are perfect for kicking back, and letting a sunny afternoon slowly slide into the dusk of a summer evening. Titles include "Oh Honey" by Delegation, "Only Love" by Bill Quateman, "Where Are We Going" by Marvin Gaye, "Tin Man" by John Edwards, "Love Is The Answer" by Utopia, "Natural High" by Bloodstone, "A Love Of Your Own" by Ned Doheny, "Love Don't Come No Stronger" by Jeff Perry, "Thunder In The Afternoon" by Bobbie Gentry, "Lilly Are You Happy" by Hall & Oates, "One Way Or The Other" by Fifth Avenue Band, "Tell Her She's Lovely" by Batteaux, "Touch Me Baby" by Tamiko Jones, "Save It For A Rainy Day" by Stephen Bishop, and "Hickory" by Frankie Valli & The Four Seasons.  © 1996-2021, Dusty Groove, Inc.