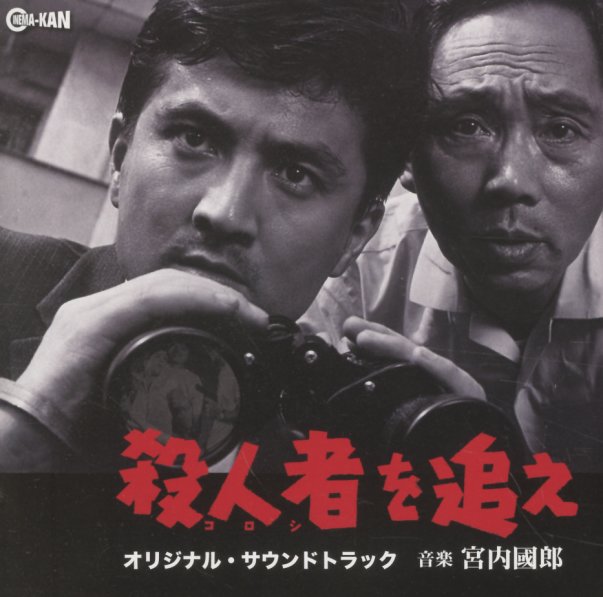 Chase The Killer (with bonus tracks)

A great Japanese thriller from the 60s, and one that's scored with plenty of jazz in the mix – following that strong Japanese cinematic style that picked up jazz from the French new wave, but quickly moved it in directions that were even more dynamic! By that, we mean that there's a number of cuts here that are maybe in a more pronounced modern jazz mode – less scene-setting, and more numbers that could stand out on their own, especially when there's a strong solo up top – and together, the tracks in the set make a really beautiful, evocative batch of cinematic jazz – with a style that's nicely different than American and European soundtracks of the same mode. All notes and titles are in Japanese – or else we'd tell you more about the movie and the musicians – but if you like a good jazz soundtrack, you'll find plenty here to love!  © 1996-2020, Dusty Groove, Inc.