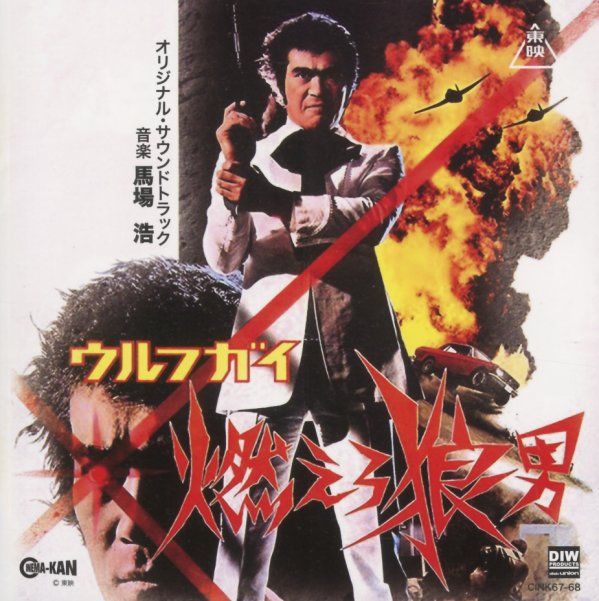 Really cool sounds from 70s Japan – music scored by Jun Fukamachi working under an assumed name, and maybe some of his wildest music ever! The notes here are all in Japanese, so we don't have much in the way of details – but we can say that CD1 features loads and loads of funky tracks – this Wolf Guy must have been one groovy cat – and overall, there's a very strong crime/cop feel to the whole thing – tight drums, riffing guitar, and plenty of sweet keyboards too! CD2 is a bit different, but still has some funky moments too – mixed with others that are more electric, and almost have more Italo horror scoring at times, especially in the moody elements that come from the keyboards! Together, the whole thing is amazing – a stunning sonic journey with a very distinct 70s cinematic feel – 45 tracks in all.  © 1996-2021, Dusty Groove, Inc.