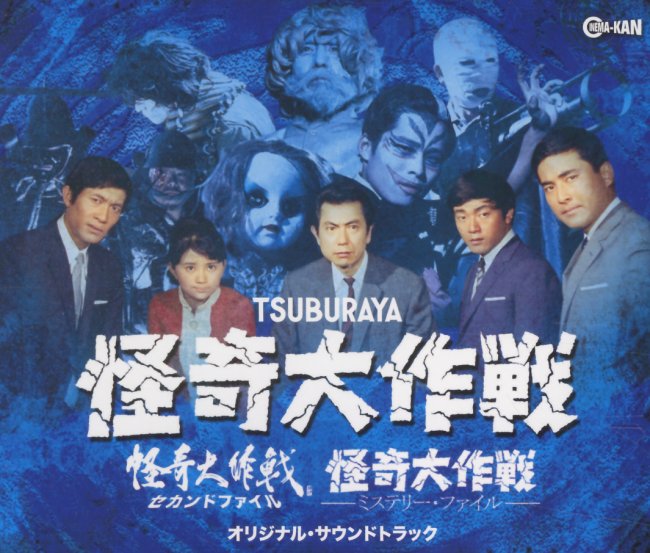 Really nice work from a range of different Japanese TV series – material that spans a relatively large stretch of time, and comes together in a really cool blend of styles! The first two CDs features 51 tracks from the late 60s – mostly shorter cues and musical bits that have all sorts of unusual sonic touches – including some of those unusual uses of instrumentation that you might find in some of the Toho horror/sci-fi work of the time – served up with a mixture of sonic bursts and more melodic elements. CD3 features music that's more modern, and more melodic – but in a really beautiful way – television scoring that's tight and economical, but which really seems to do a lot in a small space – with an especially strong ear for a piano melody. CD4 is also more contemporary, but echoes some of the dramatic elements of the older music – balancing moods over the course of 25 tracks, often with full orchestrations, but occasionally using an approach that's more spare and striking. Sorry to not be able to tell you more, but the notes are all in Japanese – although the package also comes with lots of photos from the shows!  © 1996-2021, Dusty Groove, Inc.