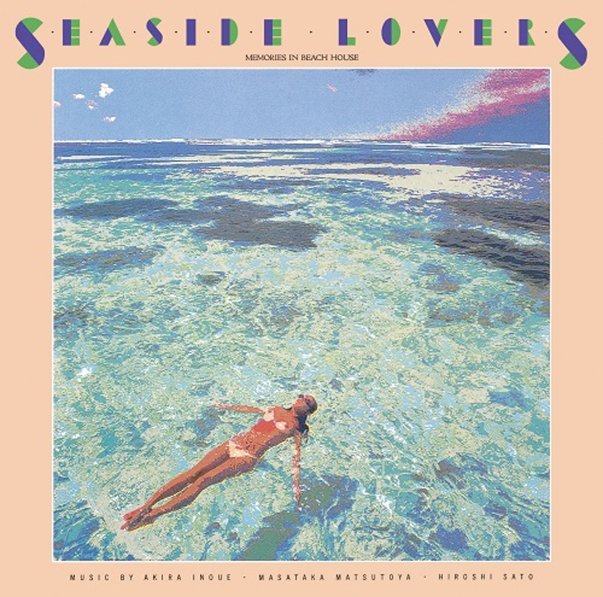 A lovely little record that really lives up to the sunny, dreamy image on the cover – relaxed tunes that evoke a mellow afternoon by the seaside – but in a mode that's filled with some of the coolest Japanese electro touches of the time! The record is part instrumental, part vocal – almost a blend of the YMO generation with some of the more minimal scene, and maybe just a dose of city pop soulfulness – all of which makes for a record that really lives up to its promise – on titles that include "Sunset Afternoon", "Wind Wave & Wineglass", "Evening Shadows", "Melting Blue", and "Lovers Paradise".  © 1996-2021, Dusty Groove, Inc.
(Beautiful Japanese pressing – with obi and booklet – on ocean blue vinyl!)