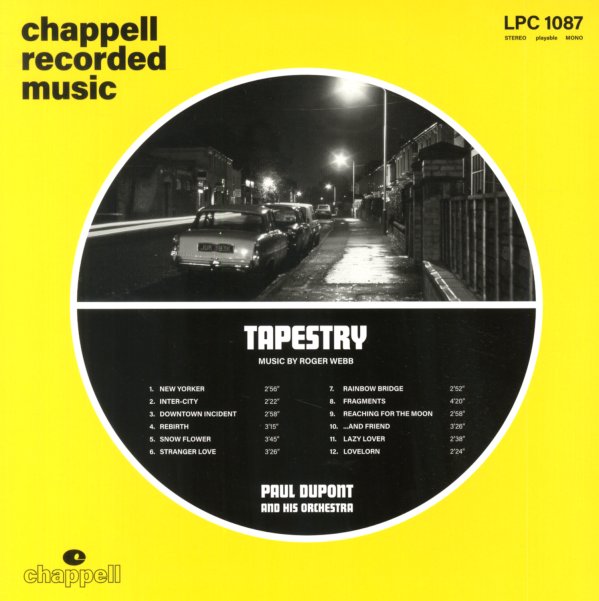 Paul Dupont and his orchestra play some mighty nice tunes here – as the music was all penned by England's Roger Webb, best known for his work on some killer soundtracks, and for doing charts for some of that country's bigger singers! The charts are nice and jazzy, but also have some elements of 70s funk – uptempo with a clubby vibe in a few spots, but also more laidback and funky in others – with instrumentation that includes a fair bit of keyboards and guitar, next to acoustic work on trumpet, flute, and saxes! Titles include "Fragments", "Reaching For The Moon", "Downtown Incident", "Inter City", "New Yorker", "Snow Flower", "Rainbow Bridge", and "Lovelorn".  © 1996-2021, Dusty Groove, Inc.