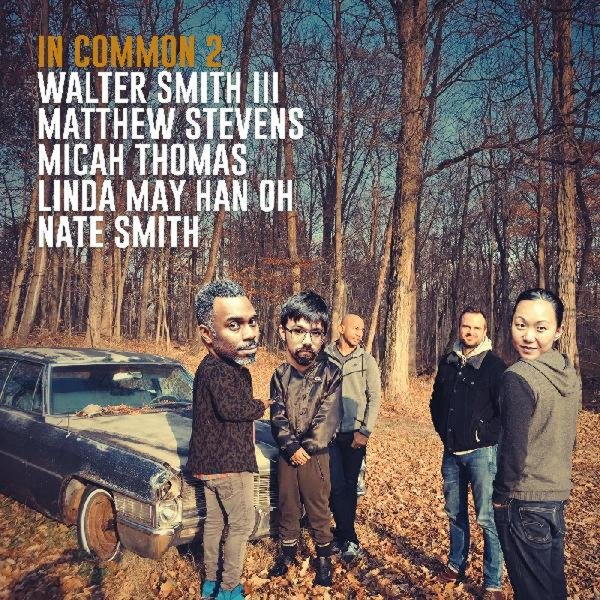 A great second set from this group led by tenorist Walter Smith III and guitarist Matthew Stevens – music that rings out with a really beautiful, resonant sound right from the very first note – a unique blending of the two instruments, in ways that often have lots of edges and angles on the guitar, warmed up nicely by the tenor! Other group members include Micah Thomas on piano, Linda May Han Oh on bass, and Nate Smith on drums – and the tunes bubble and pulsate with really fresh, unique rhythms that match the energy of the tenor and guitar, as the group make their way through some well-penned tunes by both Smith and Stevens. Titles include "Little Lamplight", "Opera", "Type Rider", "Van Der Linde", "Clem", "Cowboy", "Lotto", and "Provinces".  © 1996-2022, Dusty Groove, Inc.
(Includes download!)

Afrofuturism (180 gram purple splatter vinyl pressing – with download)
Whirlwind, 2021. New Copy 2LP Gatefold
LP...$24.99 36.98 (CD...$7.99)
We've always loved the music of Logan Richardson, but here he's onto something completely new and groundbreaking – as you might begin to guess from the cover and title! Logan still blows alto sax, but he also handles piano and keyboards, and works in this swirling mix of sound that really ... LP, Vinyl record album