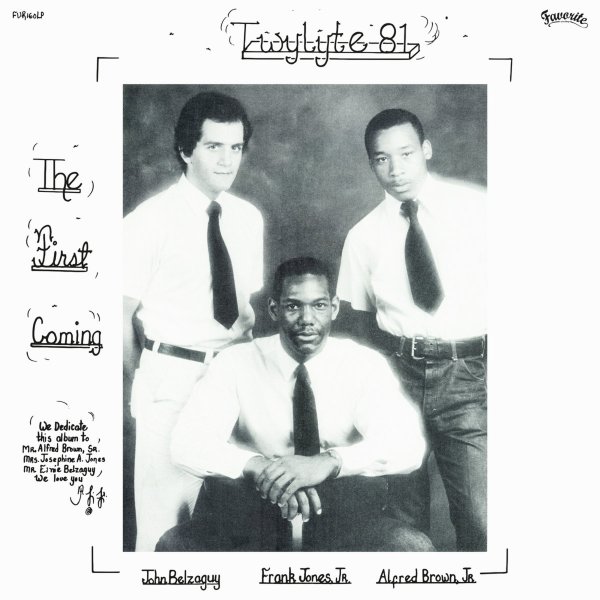 A really wonderful trio, and one who are very different than some of the more familiar underground boogie and club acts of their time – as Twylyte 81 seem to be going for a much deeper, more sophisticated style – one that resonates with some of those really unique 70s artists who are beyond definition or easy comparison – like James Mason, Terry Callier, Jon Lucien, or Potter & Tillman! Lead singer Frank Jones Jr definitely has a vocal range that runs as deep as Lucien – but the instrumentation and approach to the music is very much its own thing, too – drums, timbales, and percussion layered with electric bass, acoustic guitar, and piano – all on music that's filled with righteous spirit and positivity! The whole thing is a lot more 1973 than 1981 – and titles include "Take Our Love", "Time", "Some Go Up", "A Dreamer", "Like A Ferris Wheel", and "Chance To Love".  © 1996-2020, Dusty Groove, Inc.