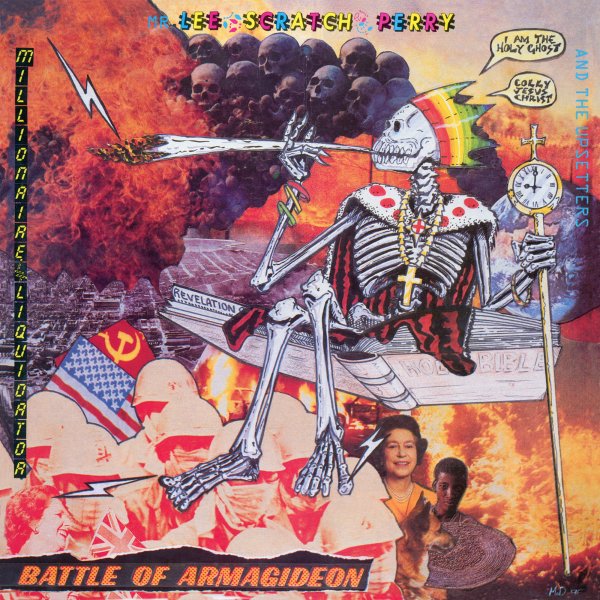 A really striking mid 80s effort from the legendary Lee Scratch Perry – done at a time when his name and reputation had risen strongly on the global scene – which also seems to come through in the music as well! There's a wider range of styles going on here than before – and Scratch is more upfront, less hidden behind his own production – feeling that sense of mission as a messenger for madness that he seemed to take up at the time – a quality that comes through both in his lyrics and vocals, and in the nicely mish-mashed production as well! The set is credited to The Upsetters, but not the classic lineup – more a cast of characters behind much of the classic Black Ark material, though in good command of Scratch's brand of funky reggae. Titles include "Introducing Myself", "Time Marches On", "The Joker", "All Things Are Possible", "Grooving", "Drum Song", "I Am A Madman", "Show Me That River", and "Sexy Lady".  © 1996-2022, Dusty Groove, Inc.