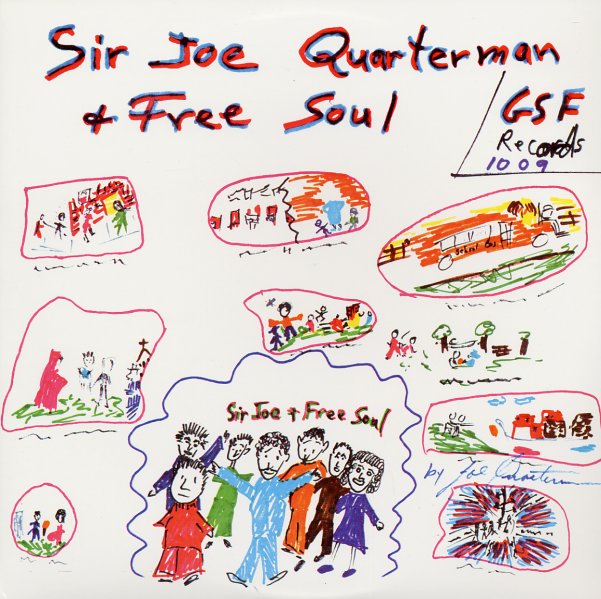 An undisputed funk classic – even back in the days before anyone ever said the phrase "funk classic"! This album must have been deleted the day it came out – because even though it's attained legendary proportions with groovers worldwide, it's always been hard to find – even back in the 70s! But unlike so many other "rare-but-not great" funk albums, this one's a killer – with a hard funky wah wah sound that we'd rank up there with James Brown's best work on Polydor from the early 70s, and which should have made Joe a millionaire, not a lost legend of soul music. The band is sharp as a knife – with hard drums, tight bass, and some simply amazing guitar riffing. But the best part is Joe – as his vocals are hard and emotional, with just the right touches of righteousness to carry off the album's political messages, but not too much as to spoil the party that the band's having in the background! Every single track is a winner, and if we were ever to make a list of the top five funk albums to own, this one would be on it! Titles include "The Way They Do My Life", "I Got So Much Trouble On My Mind", "The Trouble With Trouble", "Give Me Back My Freedom", "Live Like Brothers", and "Find Yourself".  © 1996-2021, Dusty Groove, Inc.
(2020 UK Record Store Day Release.)

Asha Puthli
CBS/Mr Bongo (UK), 1974. New Copy (reissue)
LP...$25.99 27.99
A fantastic bit of female funk from the 70s – and a set that was recorded in Germany by a very exotic singer! The album is Asha Puthli's first – and includes some unusual interpretations of work by JJ Cale, John Lennon, Bill Withers, and George Harrison – plus a great tune of her ... LP, Vinyl record album