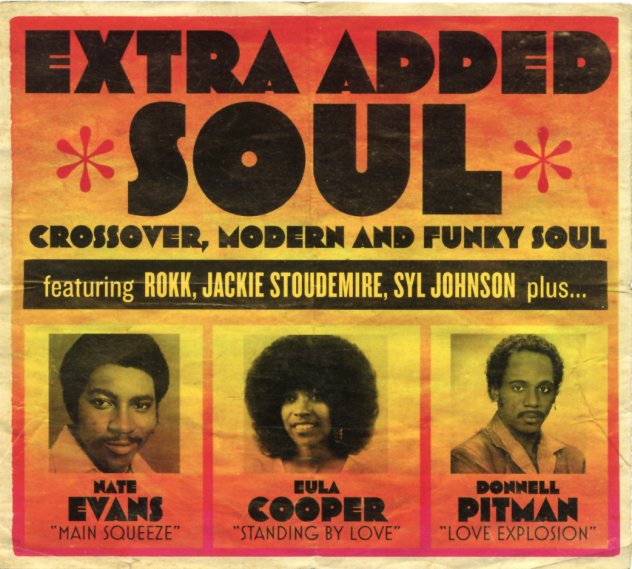 A set that definitely lives up to its title – as it's kind of an extra dose of soulful tracks from the vaults of the many reissue projects handled by the Numero Group over the years! The collection brings together upbeat soul groovers, warm modern soul gems, and a few funkier cuts – in a mix that really rewrites any understanding that you might have of uptempo soul in the 70s – underground grooves that are quite far from the slicker disco of the charts, and which together make for a set that could easily pack the dancefloor! Titles include "Deep In Your Heart" by Young Divines, "I Love You" by Karriem, "Main Squeeze" by Nate Evans, "Love Explosion" by Donnell Pittman, "Love Is On The Way" by Bill Spoon, "Try My Love Again" by Syl Johnson, "Lift This Hurt" by Elvin Spencer, "We're Two Fools In Love" by Dyson's Faces, "No Matter" by La'Fez, "Guilty" by Jackie Stoudemire, "I Think It's Time" by Alice Swoboda, "I'll Never Say No" by The Summits, "Cosmos Third Eye" by Cosmos Universal Band, and "Standing By Love" by Eula Cooper.  © 1996-2021, Dusty Groove, Inc.