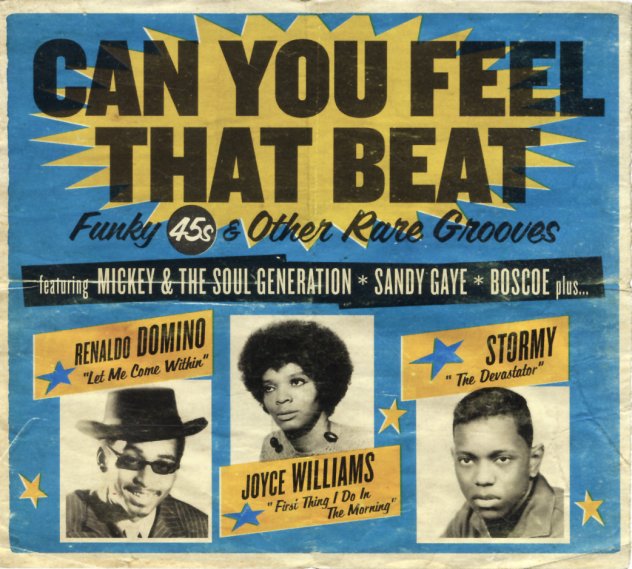 A dream of a set from the folks at Numero Group – a special package that digs through all their many collections and archive projects, and comes up with some of the funkiest cuts in the bunch! Unlike some of their other compilations, this one focuses on the groove first – and the groove is nice and funky, hard and gritty, and feels like you're sitting next to the turntable, playing a stack of rare funk 45s, one after the other! Titles include "Function Underground" by We The People, "Jungle" by Young Senators, "Let Me Come Within" by Renaldo Domino, "Iron Leg" by Mickey & The Soul Generation, "Get It Right" by Soul President, "First Thing I Do In The Morning" by Joyce Williams, "Party Time" by Black Soul Express, "Money Won't Save You" by Boscoe, "Everything's Gonna Be Alright" by Robert Moore, "You Made Me Suffer" by Andrew Brown, and "Watch The Dog That Bring The Bone" by Sandy Gaye.  © 1996-2021, Dusty Groove, Inc.