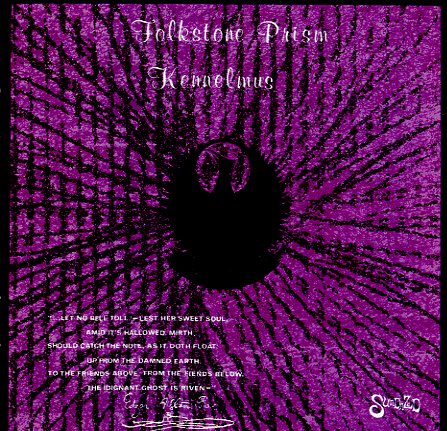 A really great, really obscure album from the Phoenix scene at the start of the 70s – one of those underground records that's always touted by deep psych collectors – but a set that also has a lot more going on as well! Kennelmus aren't just some tripped-out guys exploring the range of their guitar skills in the studio – as there's a much more expansive, almost cinematic quality to this record – almost as if all the late 50s Arizona studio experiments had blossomed out through a whole inspiration through the 60s – to come up with this incredible blend of eerie guitar parts, subtle sonic elements, and occasional moody vocals – very out of time, and almost more a first chapter to some of the psych explorations of the 80s Brit scene. Titles include "The Raven", "Dancing Doris", "Black Sunshine", "Think For Yourself", "The Bug The Goat & The Hearse", "Shapes Of Sleep", "Mother Of My Children", "Sylvan shores", and "Goodbye Pamela Ann".  © 1996-2021, Dusty Groove, Inc.