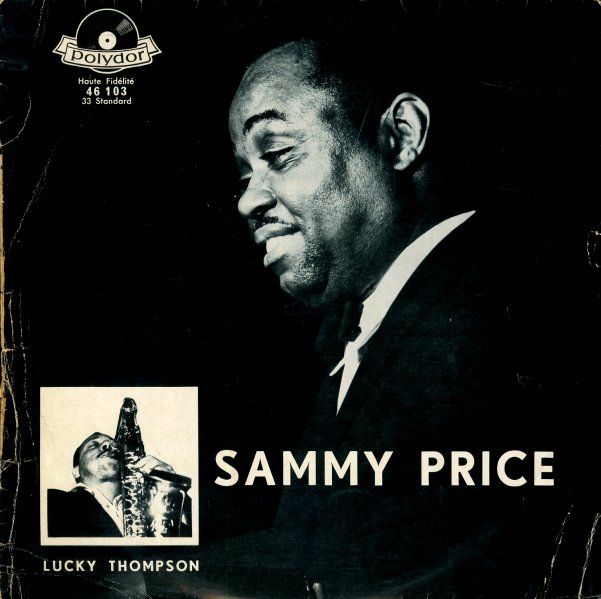 A very unique session that features the often-modern tenor sax of Lucky Thompson in the company of bluesman Sammy Price, who plays piano and sings on a number of the tracks on the record. Amazingly, Thompson's raspy tenor tone is a perfect fit with the style of the recording – laying down lean blusey licks that really work nicely with Price's barrelhouse piano style, and which also give it a bit more of a jazz-oriented style than usual. The rest of the group features Pierre Michelot on bass, Jean-Pierre Sasson on guitar, and Gerard Pochonet on drums. Titles include "Lucky T", "Minor Blues", "Paris Blues", "Embassy Boogie", and "Up Above My Head".  © 1996-2021, Dusty Groove, Inc.
(Cover has some wear on the spine, which has a few small rips.)