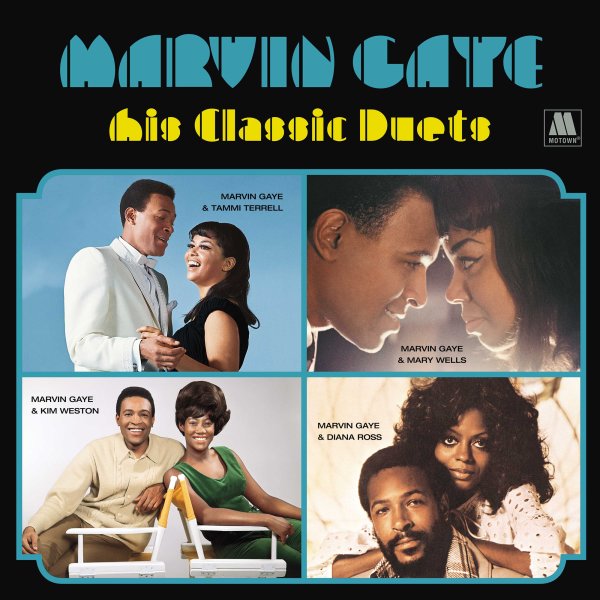 A revamped version of the classic Motown set Marvin Gaye & His Girls – expanded here a bit to include some 70s duet work with Diana Ross, as well as all the famous female duo recordings that Marvin did for Motown in the 60s! Right from the start, Marvin Gaye was clearly something different at the Detroit soul powerhouse – a singer who could groove with the rest of them, but who also could bring a huge amount of feeling to his music, especially when the theme was love – a quality that he maybe explored best when the label paired him with female singers. Tammi Terrell was Marvin's first big muse in this respect – and the set is very heavy on numbers sung by the two of them – "What You Gave Me", "Keep On Lovin Me Honey", "Ain't Nothing Like The Real Thing", "The Onion Song", "You're All I Need To Get By", "Ain't No Mountain High Enough", "Good Lovin Ain't Easy To Come By", "California Soul", "Your Precious Love", and "If This World Were Mine". And yes, maybe the other gals get a bit of short shrift, but still get some placement here – on a set that includes "It Takes Two" with Kim Weston, "You're A Special Part Of Me" with Diana Ross, and "Once Upon A Time" and "What's The Matter With You Baby" with Mary Wells.  © 1996-2021, Dusty Groove, Inc.