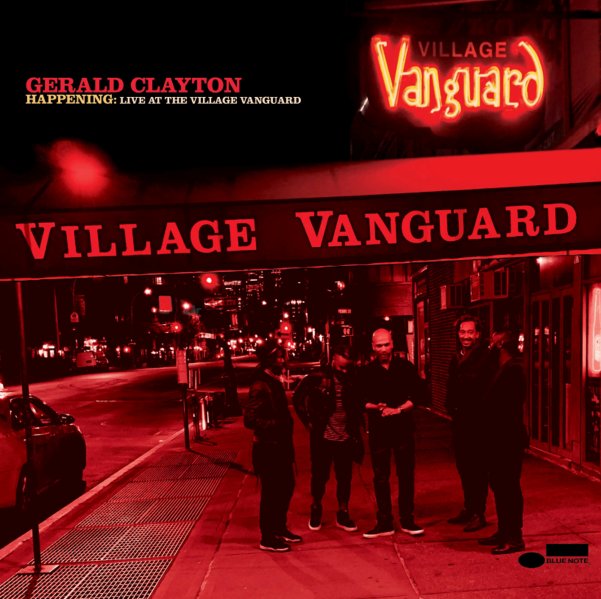 Happening – Live At The Village Vanguard

Pianist Gerald Clayton live at the Village Vanguard, presented here in two different modes – two tracks in trio formation, with Joe Sanders on bass and Marcus Gilmore on drums – the rest with a really wonderful quintet that draws a lot from the work of Logan Richardson on alto and Walter Smith III on tenor! Clayton's piano work has just gotten deeper and more complex over the years – and here, he's a master of moods, especially on the darker side of the spectrum – which can be really balanced in a great way by the hand-in-glove interplay between Richardson and Smith, both players show seem to share that way of swelling up in sound that Gerald brings to the piano. The approach isn't easy to put in words instantly – but we might say that the whole thing has a very resonant quality, something really special and stirring – on titles that include "Envisionings", "Rejuvenation Agenda", "Take The Coltrane", "A Light", "Celia", and "Patience Patients".  © 1996-2021, Dusty Groove, Inc.