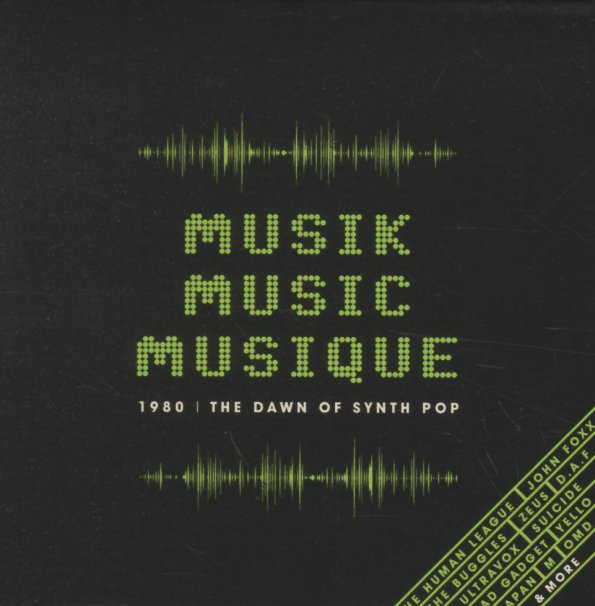 A great little set that brings together the big bang of electro pop that hit the UK scene at the start of the 80s – work from that moment when previous, more experimental strands of music from the initial post-punk years started cleaning things up, going for hooks, and making some pretty darn catchy music in the process! Yet the work here is also maybe still far from some of the overplayed big hits of a few years later – that key moment when early experimenters were crafting some great tunes, but still not sounding too commercial – and sometimes enticing other artists who didn't always record in this mode to join in on the fun! And if you think you know all the sounds from this time, this box set might give you a big surprise – as there's plenty of work here that we didn't expect – not just more obscure tunes by bigger names, but also some obscure artists who fit right into the groove – all given plenty of coverage in the large booklet of notes. 3CD set features 58 tracks in all - with work by The Passage, Berlin Blondes, Buggles, M, Silicon Teens, Rockets, John Foxx, Science, Fad Gadget, Zeus, OMD, Pauline Murray & The Invisible Girls, Dark Day, Der Plan, Kevin Harrison, Japan, Dalek I, Taxi Girl, Systems, Karel Fialka, Nini Raviolette, The Korgis, Alex Fergusson, The Metronomes, Lori & The Chameleons, and others.  © 1996-2022, Dusty Groove, Inc.