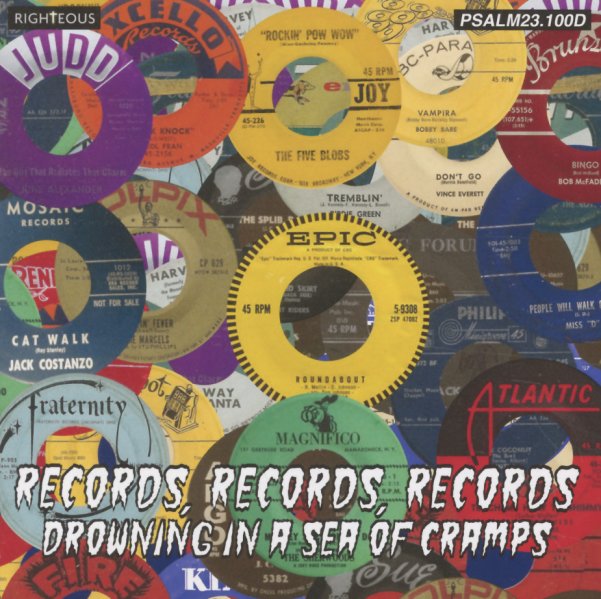 Further proof that the 7" single is a never-ending well of fantastic sounds – a vinyl hinterland where just about anything can happen – and where songs of all styles provide a mindblowing journey in music! This set follows the same spirit of the other Cramps-inspired collections on Righteous – and continues their deep deep dig into overlooked gems from the glory days of the indie single – a mix of R&B, raw instrumentals, gritty soul, offbeat rock, crazy pop, and lots lots more – served up in a set of 52 tracks that includes "Milk From The Coconut" by Johnny Gentle, "Rise Up & Walk" by Troy Dodds, "The Slib" by JC Davis, "Do The Whip" by Skip Cole, "Roundabout" by The Jaguars, "Pretty Baby" by The Vibes, "Bullfrog" by Johnny Moore & His New Blazers, "Haunted Sax" by The Night Caps, "Wooden Bird Twist" by Buddy Vincent, "Ghoshamody Whatabody" by Glen Goza, "Any Way You Wanta" by Harvey, and "Valley Of Tears" by Bobby Rebel.  © 1996-2021, Dusty Groove, Inc.