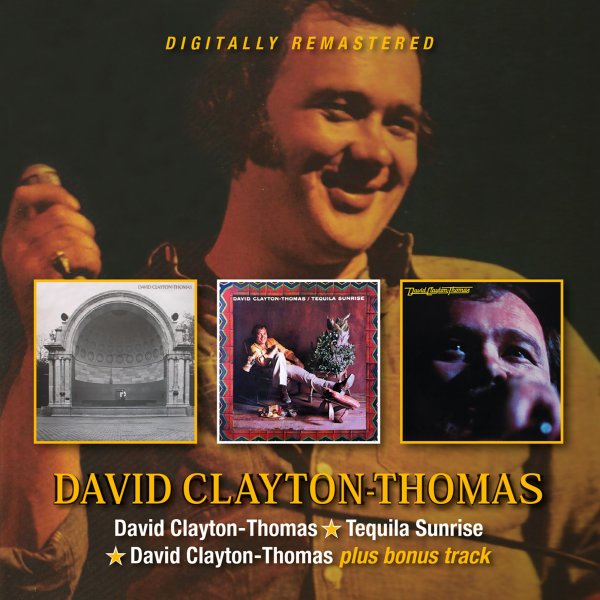 A trio of solo albums from David Clayton Thomas – packaged here with a bonus track too! First up is the self-titled Columbia set David Clayton Thomas – great early solo work the singer who'd rose to fame as part of Blood Sweat & Tears – stepping out here with a sound that's maybe even more soul-based than his music with that famous group! The set features production from Bobby Colomby, of BS&T – and the groove is somewhat similar, but with less horns, and a lot more riffing guitar, keyboards, and other elements used to bring out some of the funkier currents in David's vocals! A few tracks were recorded in Memphis, with guitar from Steve Cropper – and the record even features some arrangements from Claus Ogerman and Jimmy Giuffre. The set includes a remake of of "Magnificent Sanctuary Band" – with a break at the start that's as funky as the original – and other titles include "We're All Meat From The Same Bone", "Sing A Song", "Don't Let It Bring You Down", "Once Burned", "Stealin In The Name Of The Lord", and a surprisingly great take on the Gram Parsons tune "She". Next is Tequila Sunrise – a fantastic solo album from David Clayton Thomas – and a set that still retains the amazing vocals he brought to Blood Sweat & Tears, but which has a completely different focus overall! Clayton-Thomas wrote almost all the songs on the set – and he works here with a tight core group that features William Smitty Smith on keyboards and arrangements, and plenty of guitar from Danny Kortchmar – both musicians who give the whole record a very strong, tight vibe that makes the whole thing feel like it comes from some hip early 70s group. Titles include "Friday The 13th Child", "My Song", "Last Time That She Cried", "The Face Of Man", "Nobody Calls Me Prophet", and "Fallin By Degrees". Next up is another self-titled album – David Clayton Thomas, from 1973 – with David himself handling arrangements, and doing a mighty nice job – getting plenty of sweet keyboards from William D Smith, and strong lead guitar from Domenic Troiano – both of whom echo the funky rock currents in the music. There's a bit of a Memphis rock vibe to the record at times – and titles include "Small Family", "Professor Longhair", "Harbor Lady", "Harmony Junction", and "When Something Is Wrong With My Baby". CD also features the bonus track "Some Hearts Get All The Breaks".  © 1996-2022, Dusty Groove, Inc.