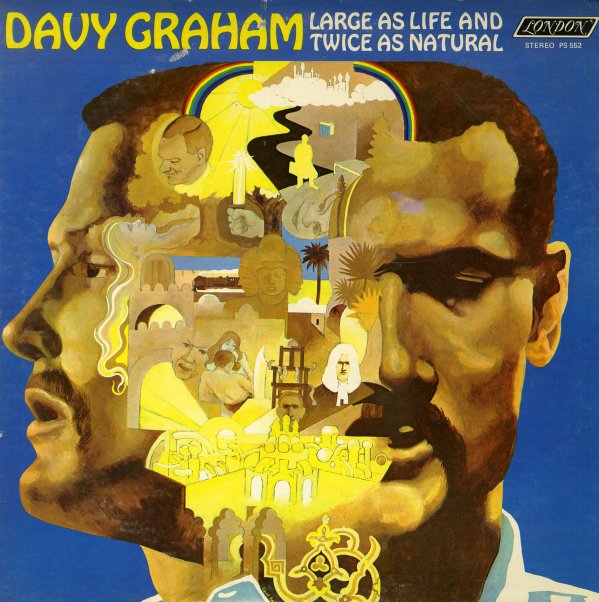 Large As Life & Twice As Natural

Mindblowing work from an artist we totally totally love – a really unique British singer and guitarist, and one who can effortlessly channel together so many different strands of music, and make them all come together like nobody else at all! Davy Graham draws here from Indian music, American blues, and even some up and coming styles in the folk underground – but the sound here is completely his own, and has a vibe that's as unique, and groundbreaking as some of the better-known British acoustic talents of his generation! Tremendous work throughout – on titles that include "Sunshine Raga", "Both Sides Now", "Electric Chair", "Blue Raga", "Beautiful City", "Tristano", "Bad Boy Blues", and "Bruton Town".  © 1996-2023, Dusty Groove, Inc.