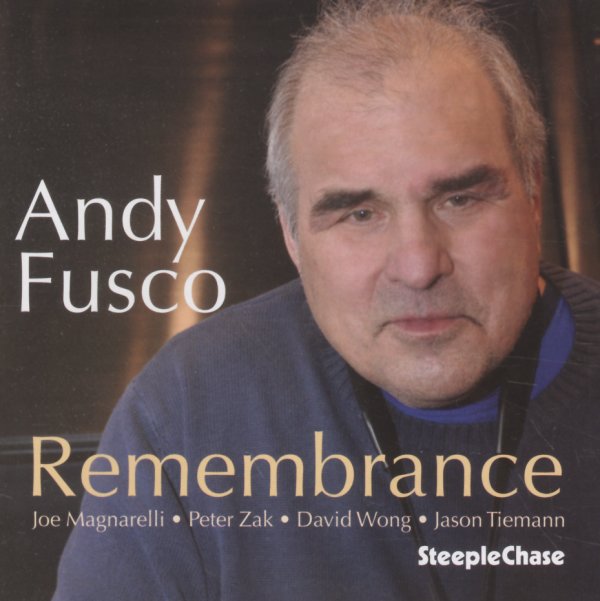 The first session from Andy Fusco after a stretch that nearly took him out of the game – and a record that shows that he's very much back in top formation! Fusco's got this way of blowing the alto that's nice and raspy, almost with the depth of a tenor – working here alongside some bold yet bright trumpet work from Joe Magnarelli – who seems to do a nice job of amplifying Fusco's ideas along the way – in a group that also includes Peter Zak on piano, David Wong on bass, and Jason Tiemann on drums! There's nothing too fancy going on here, but the record's the rock-solid sort that Andy Fusco's been giving us for many years – with titles that include "Remembrance", "Conception", "Navan's Apple", "All American", and "Blues For Baileys".  © 1996-2021, Dusty Groove, Inc.

Everything Old Is New Again
Steeplechase (Denmark), 2020. New Copy
CD...$8.99 19.99
A beautiful set of mostly original music from pianist Mark Soskin, and a set that draws equal strengths from the soprano sax and bass clarinet of Billy Drewes – who plays with a great style that mixes lyrical modes with more of an edge – a mode that's a really wonderful complement to ... CD

Lite Me Up (with bonus track)
CBS/PTG (Netherlands), 1982. New Copy
CD...$11.99 19.99 (LP...$7.99)
A classic album of all-out soul from Herbie Hancock – done in close collaboration with Rod Temperton of Heatwave – in a jazzy-styled version of that group's own great groove! Temperton handled arrangements and a lot of songwriting, and most cuts have lead vocals from Wayne Anthony ... CD