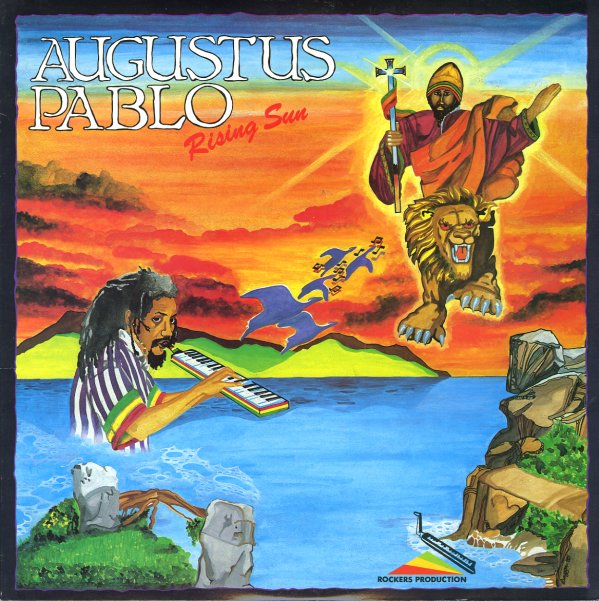 Fantastic work from Augustus Pablo – and a great demonstration of the way that the best of the classic 70s Jamaican artists were able to shift their styles slightly during the 80s, but still come up with a sound that was every bit as great! There's more digital elements here than before – especially in the crackle of some of the rhythms – but in ways that are right around the edges, and which echo the sort of effects that might have been cooked up by tape in the studio – used here to bring a nice bite to the mix of melodica and melodica like keyboard lines from Pablo! Mixes are by Scientist – and titles include "Dub Wiser", "Rising Sun", "Fire Red", "Jah Wind", "Pipers Of Zion", and "African Frontline".  © 1996-2022, Dusty Groove, Inc.