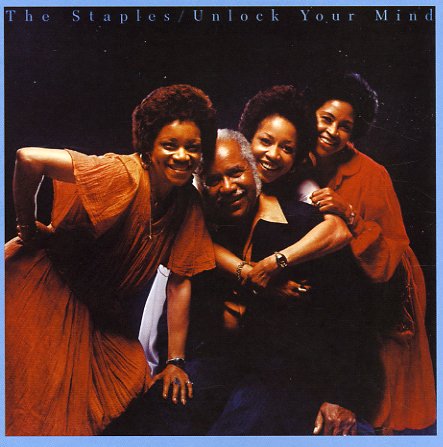 Darn nice work from The Staple Singers – a record that seems to take the leaner, meaner sound learned by the group during their soundtrack years, and turn it back towards the fuller, more righteous sound of the Stax years! The album was recorded at Muscle Shoals, with very solid production and instrumentation throughout – a top-shelf effort that shows that even at this later date, a group like The Staples can still get some good sounds out of the studio. A few tracks are a bit mis-stepped, especially when Mavis steps out a bit too strongly in the lead – but overall, there's plenty of nice surprises on the record – and tracks include "Chica Boom", "Don't Burn Me", "Handwriting On The Wall", "Mystery Train", "I Want You To Dance", "Love Being Your Fool", "Showdown", "Unlock Your Mind", and "Leave It All Up To Love". CD also features a bonus single edit of "Chica Boom".  © 1996-2021, Dusty Groove, Inc.