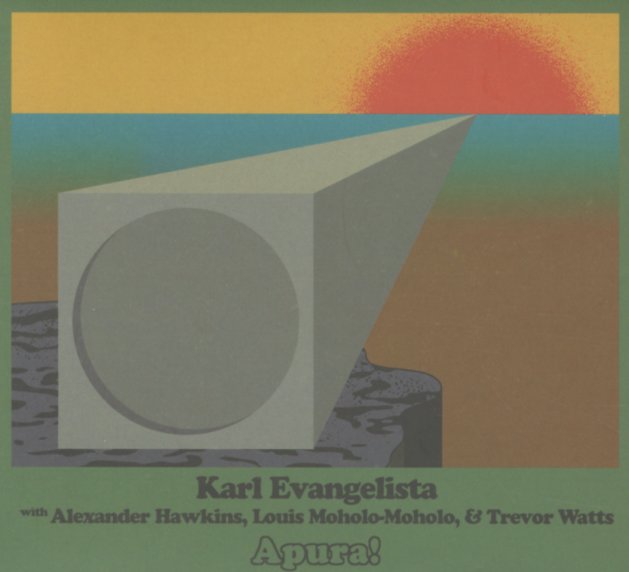 Maybe the first album we've ever heard from guitarist Karl Evangelista as a leader – and a set that marks a very strong statement, right from the very first note! The set is done in tribute to an older British generation of free jazz – the period which included The Blue Notes and Spontaneous Music Ensemble – and, as part of that effort, the whole thing was recorded in London, by Benedic Lamdin, with a group that features Louis Moholo Moholo on drums, Trevor Watts on alto and soprano, and Alexander Hawkins on piano! While the two older British jazz giants are a very welcome presence, some of the album's most compelling sounds might well come from the mix of Evangelista's guitar and Hawkins' piano – both instruments that have a very compelling way of making sharp sounds together, really finding the right pace and tone, with a sense of sympathy that really makes the album shine. There's a heck of a lot of music on the double-length set – and titles include "FDT", "Siyanga Pala", "I Eat Death For Breakfast", "Totoo Yan", "State Of Emergency", "Consummatum Est", "Warriors", and "Player Piano".  © 1996-2020, Dusty Groove, Inc.

Shadows & The Light
Astral Spirits, 2020. New Copy 2CD
CD...$13.99 (LP...$24.99)
A double-length set that showcases the ever-growing, ever-evolving talents of drummer Quin Kirchner – working here in a variety of settings with help from some other great talents on the Chicago scene! Most of these tunes have a core sense of structure – and even when Quin is ... CD