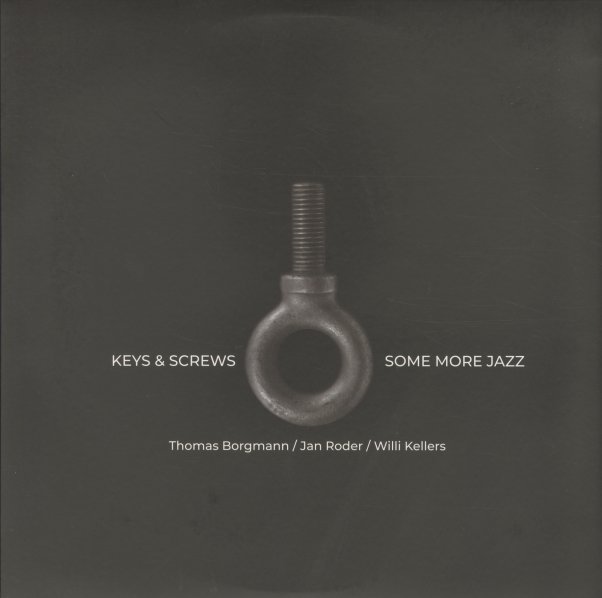 The first record we've seen under the name of Keys & Screws, but a set that features work from reedman Thomas Borgmann – a player who always catches our ears, and who turns out some wonderful music here on tenor, soprano sax, and a toy melodica! Borgmann has this way of delivering a line that's spacious and soulful when his bandmates might be moving in a slightly different direction – creating this personal spirit of hope and redemption amidst the darker tones of Jan Roder on bass and Willi Kellers on drums and percussion – often blown with a sense of confidence that never has him pushing too far or too fast – standing his own beautifully, and really delivering a great sense of message on the tracks "Catham Bellbird", "The Other Morning In the Park", and "Broadway Birdy".  © 1996-2022, Dusty Groove, Inc.